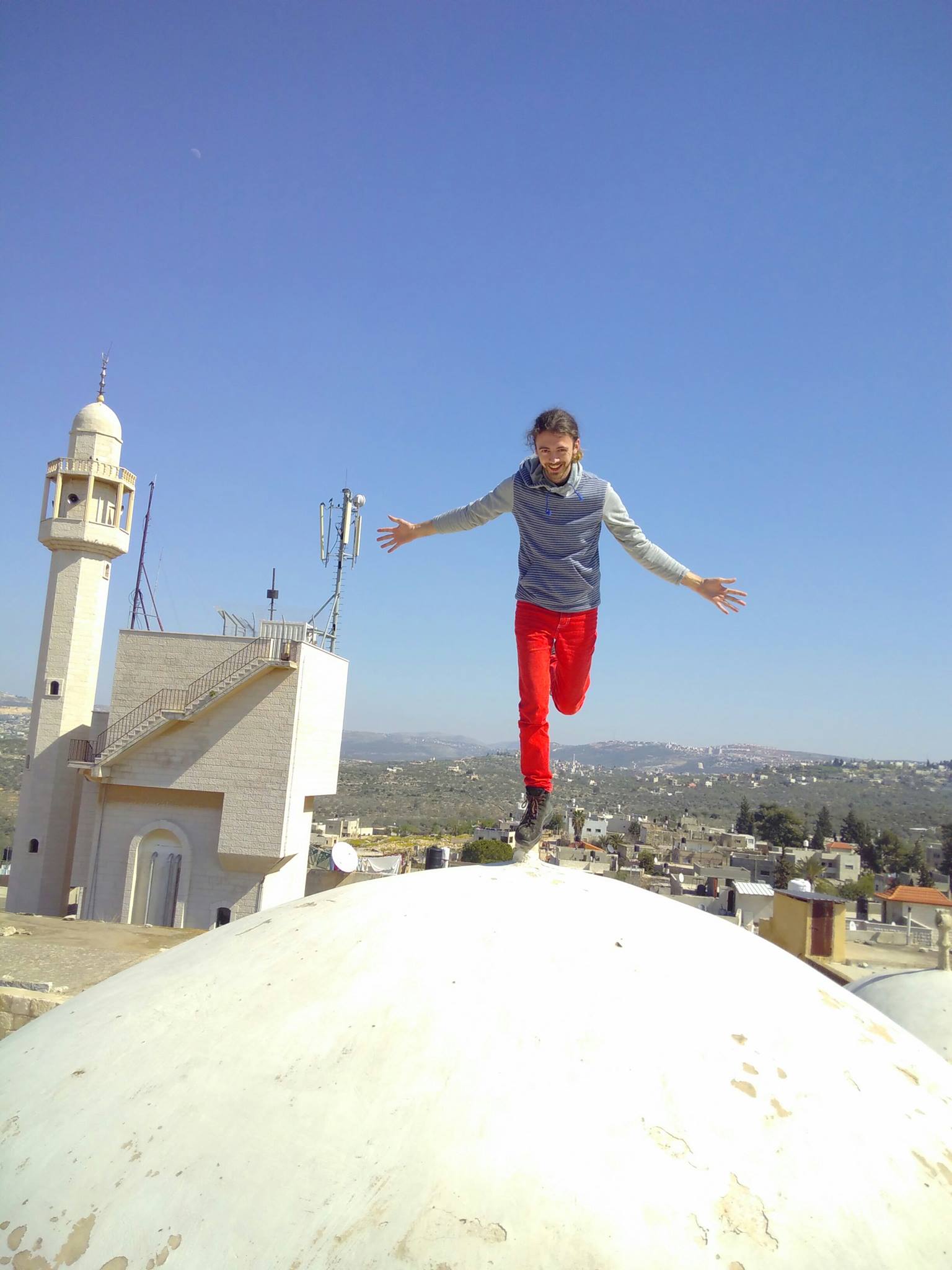 Hi, i’m Gerrit Großkopf
Yes, that’s what the Gross in Grosskopfgames comes from, strange coincidence, i know, it means “big head” in german, wich is good for making educative games in germany, they can’t be ported to another school system anyway.
I’m studying and working since jears in the area of Computergraphics and Teaching. My bachelors began with Teaching, but changed rapidly when i noticed, that i can reach Students far more effective through Computergames. Since then my Bachelors in Informatics has been finished and with Java, C++, OpenGL 3.3 – 4, SQL, Javascript and a bit of Shellscript-magic i learned to use some important basic Languages.

In my Master of Human-Computer-Interaction i’ve now learned how to work with Arduino, Python and a bit PHP and HTML. My knowledge of the previously mentioned basic Languages has improved and i’ve learned a broad toolset of qalitative means of User-centered Studies. Further i have, through my Work for the University, learned a bit about 3D Rendering in OpenGL, Scans with the opensource Drivers of the Kinect, a bit of Oculus related Work, other very experimental Hardware-setups and a proprietary Thin-Client Server in a Refugeecamp in Palestine

My Goal with this Project and my studying is bringing free and effective Teaching in Mathematics into a Computergame-Environment, because i learned through my time as a Tutor, that the Main Problem with Students in Mathematics is, that some Teachers are not able to listen to each and every Students in a way that they notice the small little Constructs the Students are missing, wich is why the huge Amount of Work that is built uppon the understanding of this tiny Construct allways collapses. Often it just has to *click* once or twice and with the next “aha” the Grades get far better within Weeks.

Since my Childhood days i’m Working mostly on Linux and predominantly as long as possible on opensource Software. My Website and all the Tools for and around it are selfinstalled/compiled/hammered together. I can state with Pride, that at the End of my School time I was allready able to use Blender3D quite well, edit stuff with Gimp and work with several Video-editors and tinker with Audacity for Audio. I was however really unhappy about the Video-editors i found back then wich is why i often just used the Video Sequence Editor in Blender3D to edit Videos :D. Nowadays i work with my Graphicstablet in mypaint, cut Videos in Kdenlive or Natron, create Music in LMMS, record my Screen in OBS, print with Cura and create Games in the Godot Gameengine.

Since some Years i am working in Arch-Linux, since recently with Cinnamon but my Raspberry Pi’s and Servers are running some sort of Debian and somewhere there are some Windows Partitions flying arround 😀

Politicaly i’m mostly a leftist and a liberal, public service has to be opensource and free of charge, and i think every Human being has to be worth equally much no matter what Situation they are born into. I see this as essential for living together on a peacefull basis. This Situation they are born into includes Place of Birth, Gender, Race, Family and the included and in the Basis criticized Drill for the same Religion, political Party and Sockerteam as your Family.

In it’s essence this to me results in the requirement, that the richest Person in an ideal World should at no point in Time be allowed to own a maximum of ~100 Times more than the poorest Person, and at the Moment of Birth ideally the property of each Person should be kept equal. This also directly demands an unconditional basic income for every person wich is easy to make then you cut the top off like that. I mean who is cheating in an online Game gets banned as well so the others still have fun playing.

I hope reading this has given you a Decent and fitting Impression of who i am, since Language and especially written Language are often tricky and lossly methods of Compression
Best Wishes,
Gerrit Großkopf